I had an issue with the gear on my ’59 180 the other day. I went flying up to boulder city , NV for my 2 year transponder pitot static check and on the way back to Bullhead City, AZ I put the gear down normally and on final noticed that I didn’t have a green light. I pushed the light test and it worked, looked at the manual handle and it was forward. Called the tower to look at the gear as I went around. they verified that the gear appeared to be down, another aircraft on the ground stated the same. I went to cycle the gear, placed to switch in the up position and nothing happened, look over and saw the gear motor breaker had popped. I reset the C/B, gear started to retract, after partial retraction I moved switch to down position, gear moved down to locked position(no green light yet) and breaker popped again, I reset C/B and got a green light. I called to tower and landed without incident.

I grounded the airplane until problem is resolved, however annual is due at the end of this month, so decided to do the annual now. Any idea on what the problem might be?

The gear motor/transmission was overhauled in 2004 by Webco and has about 350 hours on it. It still has original wire harness and gear conduits. The last annual gear up torque check was within limits I believe it was 75 ft pounds with a 10 inch torque wrench. 1000 hr gear inspection is due in about 300 hours; was last done in 94.

Firstly you should tackle the old wires and switches and fortunately those switches haven’t been the target of Honeywell’s continuing price increases. The kit for your 180 is $645. The round micro switches have gone up dramatically. From reading your failure description I’ll put my bet on the old landing gear wiring harnesses.

The next issue re the gear motor circuit breaker; are you sure it was the 30 amp and not the 5 amp for the indicator lights [please respond]? Also do you have two 5 amp CBs, one indicator and one solenoid? For now I’m going to assume it was the 30 amp. There are a couple areas to look at and 2 of the areas would be solved when you replace the old wires and switches. One is a defective micro switch, the other a switch out of adjustment.

The 30 amp is the circuit protector for the motor. That CB popping could be an overload during cycle [motor or conduits induced], or an overload from torquelock at the end of a cycle. If the gear was down and the motor didn’t turn off [torque lock] then you probably have a control problem, not a motor problem. Again the harness kit should cure this.

If it was the 5 amp CB that popped another area could be the gear solenoid but you would have then mentioned the up-cycle too.

The Hansmeister further suggested and I agree, promoting the following simple prescription when you have any electrical gear issue. Get that old stuff out of there and including new associated circuit breakers, both 5 and 30, and the solenoid. The gear selector switch is also a component in this system. Although I sell a fair number of these switches, that is a solution usually from a complaint a bit different than I’m hearing from you.

I am a proponent of getting the old harnesses and conduits replaced on all the fleet of Comanches. Your conduits haven’t been lubricated in 50 years and they perform a pretty important job. If you had complained of the 30 amp popping on the up-circuit near the up-limit then I would strongly encourage you to call Webco, order the conduits and get them installed right away. Just because it’s in the down-cycle shouldn’t take these old parts off your squalk sheet.

I hope that I haven’t overloaded your brain with TMI. 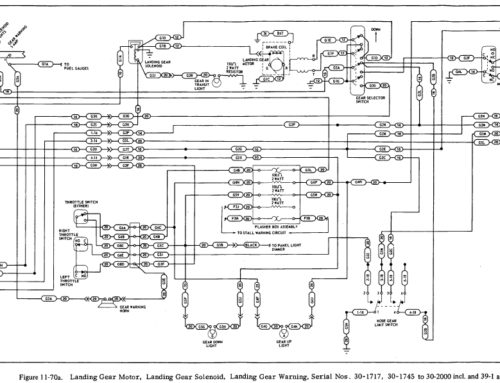 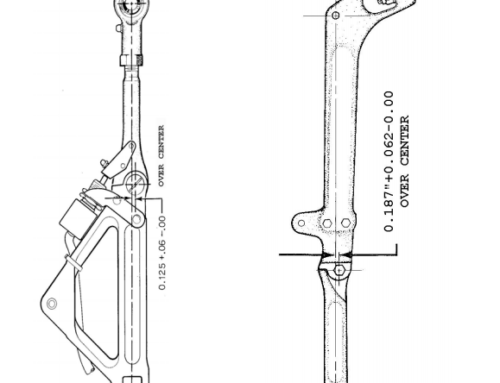